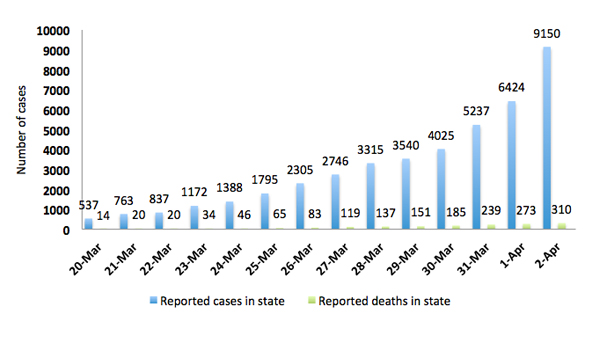 The state of Louisiana has seen its largest one-day spike of COVID-19 cases, according to statistics released Thursday by the Louisiana Department of Health.

The state also reported that there were 1,639 COVID-19 patients in hospitals, with 507 of those patients on ventilators.

There had been 245 tests reported from Washington Parish, as of Thursday’s update.

The LDH releases updated statistics each day at noon. For complete statistics, visit the LDH online at ldh.la.gov/coronavirus.

The number of reported cases of COVID-19 in Louisiana increased by more than 1,000 over a recent 24-hour period, according... read more