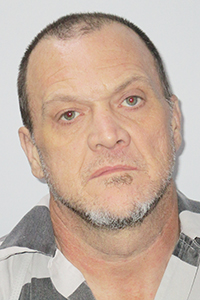 A Washington Parish man was jailed Tuesday, after he attempted to get out of an arrest by saying he was friends with Sheriff Randy Seal, according to Chief Deputy Mike Haley of the Washington Parish Sheriff’s Office.

On Tuesday, WPSO Lt. Terry Harris responded to a report of parish residents on Louisiana Highway 1072 being cursed and verbally abused by a man who had previously caused a disturbance in the same area while obviously intoxicated, Haley said.

Haley said that when Harris located the man, Harris discovered he also had an outstanding warrant for his arrest. Kenneth Lang, 49, a resident of Highway 1072, was arrested on the outstanding warrant and also for disturbing the peace with loud and abusive language.

Haley said that Lang protested his arrest, stating that he was friends with Seal, who would vouch for him. Despite his protest, Lang was jailed.

This was not Lang’s first visit to the Washington Parish Jail, according to Haley.

Seal responded to the news of Lang’s arrest.

“The old ploy of being friends with the sheriff doesn’t work with this sheriff,” he said. “Such empty threats will never deter our officers from doing their duty. In fact, all of his arrests were while I was serving as your sheriff. Thanks, Lt. Harris, for taking this man into custody so his neighbors can have some peace.”

A man and wife from Ohio were arrested Tuesday in Washington Parish and jailed on drug and domestic abuse charges,... read more