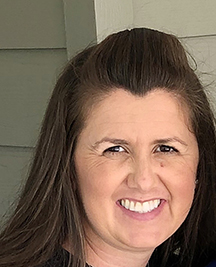 “I’m just really excited,” Sumrall said. “I hated to see it end the way it did last year with the coronavirus. Really not even finishing. This year, we have a lot of our starters returning, so we’re hoping to have a really good season and excited about returning to play softball.”

Sumrall, a 1999 Pine graduate, has three years of coaching experience with three in softball and one in basketball. Sumrall was also the head coach for the junior high team last season.

“We’re so excited about having her. Stephanie, we’ve always known what kind of teacher she is and you’re a good teacher in the classroom, it always overlaps itself and goes, to me, onto the courts or fields, wherever you may be as a coach,” Pine principal Jennifer Thomas said.

Thomas said Sumrall has some of the best scores in the parish in math.

“Excellent teacher, so we’re looking forward to her as a head coach and a teacher here at Pine as an addition. She’s a former graduate of Pine High School, so she is a Raider through-and-through, bleeds that red and white. We’re excited about having her come onboard,” Thomas said.

Thomas said that Sumrall is going to bring a lot of energy.