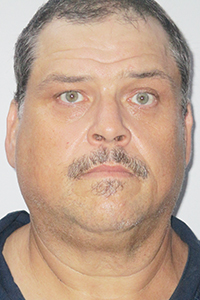 A Kentwood man was arrested Saturday on the charge of kidnapping, according to Chief Deputy Mike Haley of the Washington Parish Sheriff’s Office.

Haley said that WPSO Patrol Sergeant Jay Dupre responded to a business on Sunset Drive in Bogalusa on Saturday. A clerk at the business had called 911 and reported a female had come into the business begging the clerk to call 911, stating that she was in danger from a male in the parking lot.

Haley said that the woman and man left before Dupre arrived; however, the clerk was able to give a good description of the vehicle as well as the license plate number. Dupre and Patrol Deputy Norman Taylor travelled west on Highway 10 searching for the vehicle and were able to stop it near Choctaw Road, Haley said.

The driver, Clinton Kent Prescott, 50, a resident of North 11th Street in Kentwood, was arrested, but not before resisting the officers. The officers subdued him, Dupre placed him in handcuffs, and he was transported to the Washington Parish Jail charged with aggravated kidnapping, resisting a police officer with force or violence and being a fugitive from Tangipahoa Parish where he is wanted for cruelty to the infirm.

Haley said that Prescott would remain in the Washington Parish Jail until he makes bond. At that time, he will be transferred to the Tangipahoa Parish Jail to face charges there.

According to the female kidnapping victim, she was held against her will for several days by Prescott, who physically abused her and threatened to kill her, Haley said. On Saturday, he drove with the victim to Bogalusa and stopped at the business for her to use the restroom. That is when she ran inside and frantically asked the clerk to call 911 before Prescott could enter the building. When she exited the restroom, he was inside the business and forced her to get back into his vehicle, Haley said.

After Prescott was apprehended and placed in the rear of a Washington Parish Sheriff’s Office vehicle, he reportedly cursed and yelled at his victim, threatening to get her when he was released from jail. After ascertaining that the victim was not injured, officers allowed her to leave the scene with friends.

Washington Parish Sheriff Randy Seal commented when he learned of the arrest.

“Welcome to the Washington Parish Jail, Mr. Prescott. This is exactly where you belong and we are pleased to be able to house you,” Seal said. “I am so grateful Sgt. Dupre and Deputy Taylor were able to rescue your victim and I thank the business clerk who recognized the dangerous situation you created and promptly called 911.”