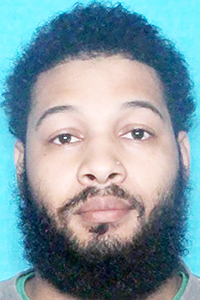 As part of an ongoing extensive investigation, detectives with the Bogalusa Police Department have developed a second suspect in the case involving the disappearance and murder of Dominique James, according to Det. Capt. David Miller of the BPD.

Miller said that detectives obtained forensic evidence establishing that the telephone of Juan Keys traveled from the residence of Derek Moss Jr. (who was already arrested on June 19, 2020, in this matter) to the location where James’ body was disposed of, and where the vehicle belonging to James was abandoned in a heavily wooded area west of Bogalusa.

“The telephone then, after remaining there for several minutes, traveled back to the residence of Moss,” Miller said. “This new forensic evidence supported facts that detectives had established earlier in the investigation, that more than one person was involved in the disposal of James’ body.”

Miller said that probable cause was established that Keys, a close friend and cousin of Moss, might have knowledge relating to James’ murder. A warrant was sought for Keys’ arrest for felony obstruction of justice.

On Monday, Keys was arrested without incident, and charged. Keys denied any involvement in the matter, Miller said.