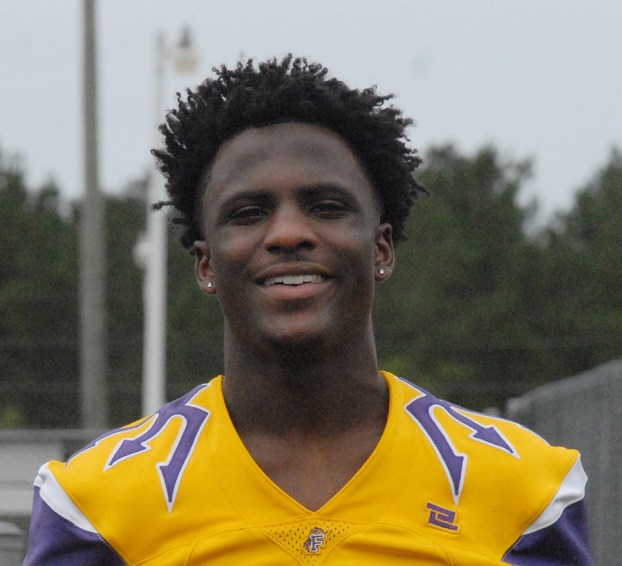 Franklinton’s Corinthious Dickerson is a two-sport athlete, playing football and basketball for the Demons. The senior is Franklinton’s starting quarterback this season. He played safety and was the backup signal caller last season. Dickerson was a first-team all-district defensive back in 2019.

“Bobo is probably the leader of our team,” Franklinton football coach Jonathan Barber said. “At the quarterback position of our team, that’s important to have a guy like him that everybody on the team respects — the coaches, the players — and he brings it everyday. He works hard. He’s one of the hardest working kids I’ve ever been around, one of the toughest mentally I’ve ever been around. He’s one of the strongest players on our team. He didn’t play his best (Thursday in the scrimmage), but he’ll bounce back because I know that’s his personality, so he’ll be great for us going forward.”

What do you enjoy most about playing your sports?

Just the fun of it like getting out there with people I’ve known since I was little and just playing football or basketball. Just playing that sport brings out that excitement from when I was a little kid.

What do you like best about being a student athlete?

It has its perks to it. You can play football and also be a top student and people look up to you, so you have to have a role model to be like.

Who has been the most influential person in your school sports career? Why?

Who is your favorite athlete? Why?

(Seattle Seahawks) quarterback Russell Wilson. Even though he’s an undersized quarterback, he still makes plays and he still leads his team like amazingly.

Ben’s Ford Christian School scored the game’s first 22 points and Alston Moore had another strong game in a 66-12... read more