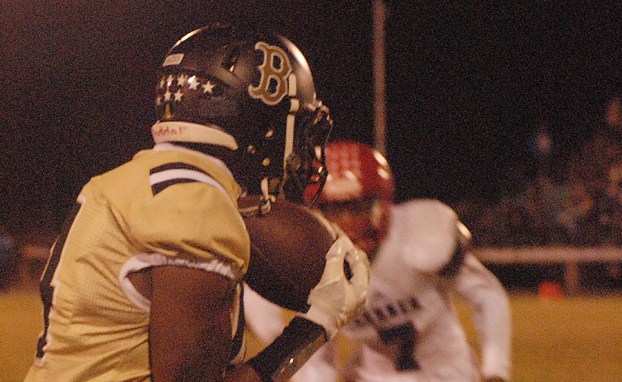 Bogalusa is the on the road to conclude the regular season on Friday, as the Lumberjacks head to Northlake Christian School to play the Wolverines at 7 p.m.

This game was not scheduled originally.

Bogalusa was set to play Loranger and Northlake Christian School was going to play Springfield, but COVID with Loranger canceled that game.

Springfield canceled its last three games. Their game against Northlake Christian was scheduled for Thursday. According to The Livingston Parish News’ Rob DeArmond, Springfield would have come out of quarantine with only a day of practice before the game, so the school decided to cancel the remainder of the regular season.

“It’s a win or go home mentality from here on out,” Bogalusa coach Adam Brumfield said. “A win should put us around the 20 seed in the playoffs and a loss could possibly knock us out. We could’ve took a bye and stayed where we are seeded, but our kids have had enough games taken away and I feel like playing gives us a chance for another win and a higher seed and it also makes us better as a team. It’s always tough for a team to respond to a tough loss in a close game, but I think our kids have the mental toughness to do so and they deserve another chance to play. To me it’s not about the other team, it’s about us. We control our on destiny. If we go out and execute we can beat anyone.”

The games taken away Brumfield is referring to are two because of COVID and two from the start of the season, as teams are playing an 8-week schedule this season, as opposed to the typical 10-week slate.

Bogalusa enters this week with a 2-3 record.

Last week, the Lumberjacks played a defensive game against Jewel Sumner and came up short, 7-6.

One rare stat from that game is the neither team ran a play from inside the redzone.

Jewel Sumner took a 7-0 lead on the final play of the first quarter on a 30-yard pass.

Bogalusa’s touchdown came on a 24-yard pass from Ashton Levi to Raheem Roberts. Jewel Sumner made their extra point, Bogalusa’s attempt was blocked.

Levi threw for 138 yards and a touchdown. He also ran for 10 yards.

Roberts caught six passes for 81 yards and the score. He also intercepted a pass on defense.

Talik Williams ran 14 times for 54 yards and caught a pass for 4 yards. He also tied Jarvis Dawson to lead the defense in total tackles with 11 each. Dawson made one stop for a loss.

Tajdryn Forbes made four catches for 38 yards and ran for 11 yards.

Defensively, Keyshawn Manning, Reynis Morris and Darrion Nichols made 10 total stops each. Morris had a tackle for loss.

Deijon Zeno posted seven stops with one of those for a loss.

Northlake Christian School comes in with a 3-3 record.