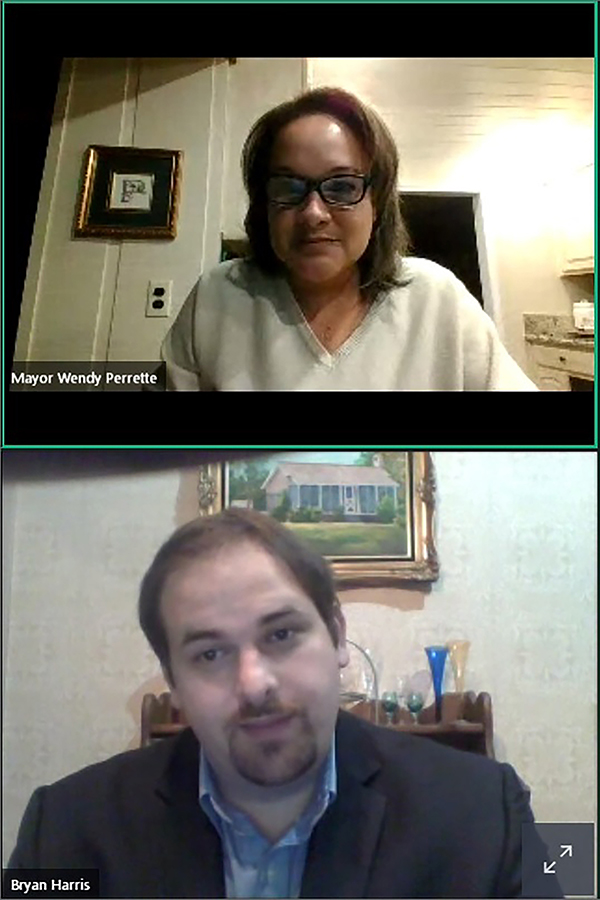 A partial screenshot of Zoom shows new city prosecutor Bryan Harris speaking after his nomination by Wendy Perrette at the Jan. 5 meeting of the Bogalusa City Council.

The Bogalusa City Council approved the employment of Bryan Harris as city prosecutor at its Tuesday, Jan. 5, meeting.

Harris replaces David Merlin Duke, who was elected to serve as city judge in November.

Harris is a graduate of the Southern University Law Center and a Bogalusa resident. Bogalusa Mayor Wendy Perrette nominated Harris for the position, and the council approved it by a vote of 6-0. Council member Teddy Drummond had to step out of the meeting early, prior to the vote on Harris, but all present council members voted in favor.

Also during the Jan. 5 meeting, the Bogalusa City Council unanimously approved the city’s operating budget and capital budget for the fiscal year beginning Jan. 1, 2021. This vote was 7-0.

The Jan. 5 meeting was held online with the Zoom computer program, due to COVID-19 restrictions. It was also the first meeting of the calendar year, held with the new council officers — Danielle Keys is serving as president and Kenny Kellis has been elected as vice president.