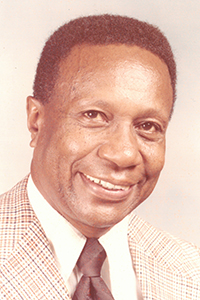 Benjamin Franklin Donnell Crain was born Sept. 23, 1926, to the late Willie Benjamin Crain and Maude Elizabeth Magee of Franklinton, the second of eight children. Family and friends lovingly referred him to as “Ben,” “B.D.,” or “Fast Jack.”

Ben graduated from the Washington Parish Training School, class of 1943. Ben attended Southern University for one year and then transferred to Tennessee State, graduating with a degree in Agricultural Science.

Ben was drafted in 1951 into the U.S. Marine Corps, serving in Haiti. He was honorably discharged and continued to further his education.

Ben’s advanced degrees include a master’s degree in Administration from Indiana State College; and a plus-30 and advanced study from McNeese University in Lake Charles. Ben’s experience in administration as an Elementary, Junior High and High School Principal spanned over 40 years.

It was during his first Principal appointment at Taggart Elementary School in Summit, Miss., that he met and married the love of his life, Katie Johnson of Amite. To this union they were blessed with three children, Benjamin Jr., Monica, and Mira. Benjamin and Katie Crain are blessed with seven grandchildren.

Benjamin’s other administrative appointments included Westside High, George Washington Carver High School, Eastside Upper Elementary, and DeRidder Junior High School. In addition to his duties as an educator, Ben was an avid sportsman and a coach to many young athletes. Ben enjoyed his numerous leadership duties and its challenges.

Upon retirement, Ben returned to live in Amite. He reunited with his childhood church and was baptized again under the leadership of Elder Washington E. Drake. Ben was on the Trustee Board and a member of the men’s choir. Ben also taught the adult men’s class and the adult summer vacation bible school for many years. Ben really enjoyed gardening, especially growing collard greens most of which he gave away to neighbors, friends, and family.

He was preceded in death by his parents, three sisters, and two brothers.

A drive-through viewing will be Friday, March 5, from 2 p.m. until 6 p.m. at Crain and Sons Funeral Home in Franklinton.

The funeral service will be on Saturday, March 6, at Sweet Home Church at 11 a.m. with Elder Kevin Golden, pastor, officiating. Interment will be at Amite Memorial. Crain and Sons Funeral Home of Franklinton are in charge of arrangements. Sign the guestbook online at www.crainandsons.com.