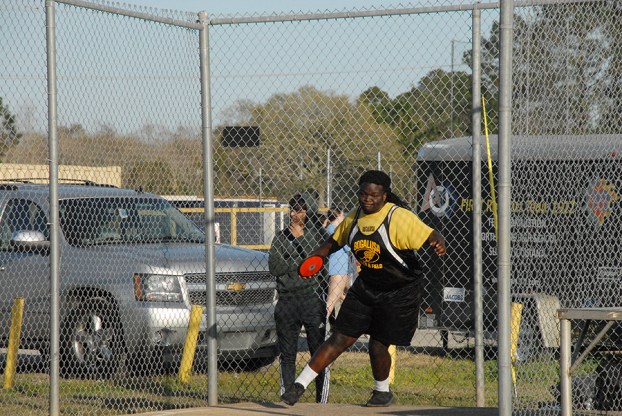 Bogalusa’s Kalik Foster and Varnado’s Jarvis James were victorious in events at Tylertown Invitational in Mississippi on March 19.

Foster won the discus, while James topped the 800 meters.

Bogalusa and Varnado were the only teams from Washington Parish in the meet.

Varnado’s Quovadis Bickham was second in the triple jump with a distance of 38-10, as Washington Parish athletes took the second-through-fifth spots. Teammate Devonte Magee was third with 38-8, followed by Bogalusa teammates Xavier Adams and Raheem Roberts with jumps of 37-8.25 and 37-4 respectively. Columbia’s Devron Cloyd won the event at 42-8.

Bickham tied McComb in the high jump, with both clearing the bar at 5-6. Cloyd and McComb’s Jameer Lewis tied at 6-0.