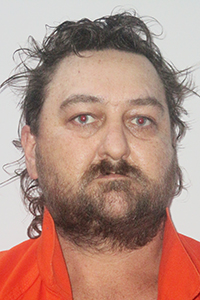 On Wednesday, Washington Parish Sheriff Randy Seal asked for the public’s help to identify a trespasser caught on surveillance video as he prowled around a residence on Louisiana Highway 1072 during the early morning hours of Friday, March 26. Tips began to come in immediately and the alleged trespasser was identified, Chief Deputy Mike Haley said.

The suspect, Huey Clifford Green, Jr., 41, a resident of Plantation Road, has been arrested and now faces a date with a 22nd Judicial Court Judge.

Haley said that Green has been in the Washington Parish Jail on several occasions. He was released from jail on March 16 after being arrested March 9 for possession of illegal drugs and drug paraphernalia.

Seal expressed his appreciation for the many concerned citizens who responded with accurate information.

“Once the appeal for help went out through various local media outlets, numerous residents called and identified the trespasser,” Seal said. “This made it easier for us to quickly arrest him. While the incident may seem minor to some, the quick identification and arrest of this man may have prevented an additional crime. It is so good to be your sheriff. You are the best.”

The following people were booked into the Washington Parish Jail, from March 30, 2021, through March 31, 2021: Christopher Strahan,... read more