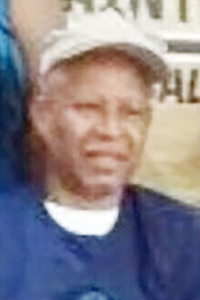 Mr. Lash LuRue “Lash Boy” Brice was born Oct. 21, 1951, to the late Juanita Martin Brice and Robert Lee Brice Sr., and departed from his earthly house to his home in glory at the age of 67 on Monday, March 29, 2021, at St. Tammany Parish Hospital in Covington.

Lash was a member of Bethlehem Baptist Church under the leadership of Rev. Christopher Matthews.

A drive-through viewing will be held Wednesday, April 7, from 2 p.m. until 6 p.m. at Crain and Sons Funeral Home in Bogalusa.

Funeral services will be held on Thursday, April 8, at 1 p.m., at Crain and Sons Funeral Home in Bogalusa, with the Rev. Christopher Matthews officiating. Interment will be in the Bogalusa Cemetery.

Eddie Jerry Adams passed away from the earthly presence in to the presence of the Lord on Sunday, March 21,... read more