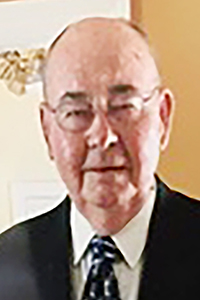 Bobby Eugene Stephens of Bogalusa passed away at the age of 77 on Sunday, April 4, 2021, following a courageous battle with a debilitating disease. He was born on Oct. 3, 1943 in Darbin, Miss., to Ben and Iva Stephens. He was preceded in death by his parents; his brother, Carrol Stephens; and sister, Geraldine Ratliff.

Bobby was a dedicated instructor at Sullivan Vocational-Technical School, where he worked tirelessly as sponsor for the Vocational Industrial Clubs of America (VICA). His home office wall is covered with plaques recognizing him for his service to the students and organization. Bobby helped produce generations of successful leaders.

Bobby was a true sports fan. Some of his favorite activities were basketball, dirt track car racing, fishing, and bowling. He spent years as a Little League coach, going so far as to pick up kids who otherwise couldn’t make it to practices or games. Later in life, Bobby found a passion for golf and spent many hours on the greens with his golfing buddies. Of course, when he was at home, there was always a sporting event on TV.

But most of all, Bobby was a devoted family man whose true love was his beautiful wife, Barbara. Their relationship could only be described as a storybook romance, and their true, deep, unconditional love has inspired everyone who knows them. Bobby and Barbara were married for 57 wonderful years and had two daughters, who have continued their legacy of love.

Despite his passing, Bobby will not be forgotten. His dry wit, kind, generous, and loving nature, along with his true heart of gold will continue to be remembered in the hearts and minds of all who knew and loved him.

Visitation will be held on Wednesday, April 7, at Poole-Ritchie Funeral Home from 10 a.m. until 2 p.m. The funeral service will begin at 2 p.m. Interment will follow at Ponemah Cemetery.