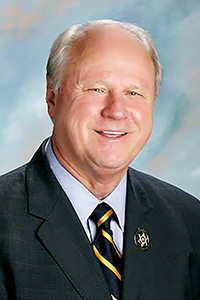 As the sheriff of Washington Parish, I stand in support of constitutional carry, which will enable Louisiana citizens to carry a firearm without having to obtain a permit. This is a Second Amendment issue, which guarantees specific rights for self-protection.

Currently, Louisiana requires extensive training in firearm proficiency and a burdensome bureaucratic process before allowing any citizen to obtain a permit to carry a firearm. While I would like to see all citizens professionally trained in the use of a firearm, this should not determine whether or not a law-abiding Louisiana resident has the right to carry and defend self, family and others. The United States Constitution already provides for that and the state should not abridge that right with an onerous process that exceeds what is guaranteed by that greatly revered and honored document.

Some argue that the level of gun violence in our society demands that strict permitting processes be in place. I disagree with such flawed reasoning. Yes, there is gun violence, but those who are shooting others, robbing honest citizens and involved in other criminal acts, are those who already obtain weapons illegally and will continue to do so regardless of any bureaucratic permitting process. It is only honest, law-abiding citizens who obtain permits and those are the very ones who should be able to carry a weapon for protection against criminals.

Law enforcement officers must assume all persons are armed when anyone is encountered, either through something as simple as a traffic stop or as complex as a criminal investigation. The current permitting process does nothing to make a deputy’s job easier, and constitutional carry will do nothing to make a deputy’s job more difficult. Be assured, criminals do not go through the permit process and the overturn of Gov. Edwards’ veto of constitutional carry legislation will provide no aid to the lawless — who will continue to obtain weapons through surreptitious means and who totally ignore the current permitting process.

Law-abiding Louisiana citizens should not have to obtain permission from the government to carry a firearm. As your sheriff, I fully support our Second Amendment, which grants each citizen the right to keep and bear arms without state government interference.

I call on the Louisiana legislature to overturn our governor’s veto of this very important legislation and to honor law-abiding citizens by allowing constitutional carry.

Randy “Country” Seal is the sheriff for Washington Parish.

Flowers: CRT is dangerous to the U.S.

When Thurgood Marshall was strategizing his legal attack on segregation in the public school system of Topeka, Kansas, he asked... read more