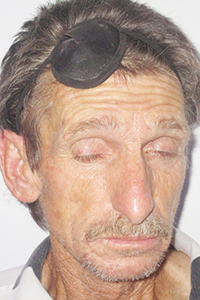 Responding to a disturbance call, a WPSO patrol deputy encountered William “Bill” Ladon McNeese, 54, a resident of D.C. Crain Road, Haley said. McNeese was outside a residence and carrying a shotgun.

“When the deputy approached, McNeese raised the shotgun and pointed it at him,” Haley said. “The deputy quickly retrieved his own weapon and ordered McNeese to drop the shotgun. After a brief standoff, McNeese dropped both his shotgun and a knife. He was taken into custody.”

Haley said that further investigation at the scene indicated the incident began when Thomas assaulted McNeese and McNeese responded by retrieving his shotgun. No one was injured during the tense encounter. 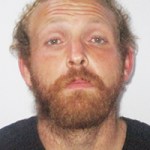 McNeese was booked into the Washington Parish Jail and charged with aggravated assault upon a peace officer, being a convicted felon in possession of a firearm and possession of a firearm with an obliterated serial number. Haley said that McNeese has nine previous documented arrests, beginning in 2006 when he was arrested for issuing worthless checks and three counts of failure to appear in court. A later 2006 arrest was for an outstanding warrant. In 2007, he was arrested for illegal drugs and issuing worthless checks. He was arrested again in 2009 for issuing worthless checks and in 2013 on illegal drug charges and a traffic offense. He faced more drug charges in 2014. Twice in 2016 and again in 2017 he was remanded to jail by a 22nd Judicial District Court judge.

“This dispute could easily have turned deadly without the quick action of our deputy,” Washington Parish Sheriff Randy Seal. “Anytime firearms are involved, there is the possibility of the scene becoming very ugly. I appreciate the patience and professionalism displayed by our deputy who was able to resolve this incident without harm to anyone.”

On Friday morning, Louisiana State Legislative leaders announced that neither the Senate nor the House of Representatives received the required... read more