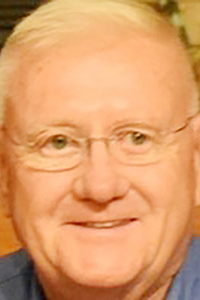 Robert Evans Wagner, 77, a resident of Bogalusa, passed away on July 18, 2021, at his residence. Robert was born on May 10, 1944, in North Platte, Neb., to Herman and Mary Wagner. He graduated in 1967 from the University of Nebraska with a degree in Civil Engineering. He married Vicky Pischel, his wife of 53 years, on Feb. 3, 1968. In 1970, they moved to Bogalusa, where Robert worked and retired from the paper mill as the Maintenance Superintendent. Some of his fondest hobbies include fishing and wood turning.

Mr. Wagner was preceded in death by his parents, Herman Frederick Wagner and Mary Belle Sadle Wagner; his two brothers, Delbert Wagner and Dale Wagner; and a sister and brother-in-law, Jean (Don) Arensdorf.

Services to celebrate Robert’s life will be held Wednesday, July 21, at Garden of Peace in Ponemah Cemetery at 3 p.m., with Bro. Clay Norwood officiating the service.

“The Lord is my Light and my Salvation whom shall I fear. The Lord is the strength of my Life,... read more