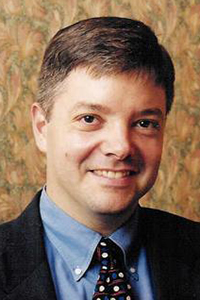 The Chairman of the Joint Chiefs of Staff, General Mark Milley, is an embarrassment to our country. In 2018, President Donald Trump appointed Milley to the position, mainly because former Defense Secretary General James Mattis hated him. Trump had soured on Mattis and fired him from his position. He said that Mattis did not live up to his nickname of “Mad Dog,” but was more of a “Moderate Dog.” Clearly, the President’s antipathy toward Mattis was not a sufficient reason to hire an inept fool like Milley.

Last year, Milley should have been fired when he apologized for walking with President Trump to St. John’s Episcopal Church near the White House. In the mayhem of a riot in Washington D.C., the church was severely damaged and almost burned to the ground. By visiting, the President showed his support for religious freedom and his opposition to the lawlessness that occurred nationwide in the aftermath of the death of George Floyd in Minneapolis. Before leaving, the president was photographed holding a Bible in front of the church.

After backlash from left wing commentators on social media, Milley apologized. In an address to the National Defense University, Milley said “I should not have been there … My presence in that moment and in that environment created a perception of the military involved in domestic politics.”

The apology was unnecessary and foolish; however, it did confirm to all Americans that Milley did not support President Trump. It served as his plea to keep the position in the Biden administration. Not surprisingly, Milley was retained by Biden as both share the same ideology and the same level of incompetence.

In June, Milley established his “woke” credentials by decrying the evils of white anger and supporting the study of this topic in the U.S. military. In congressional testimony, Milley defended the teaching of critical race theory at the U.S. Military Academy at West Point.

He explained that he needed to “understand white rage and I’m white.” He also claimed that he wanted to learn what “caused thousands of people to assault this building and try to overturn the Constitution of the United States of America. What caused that?”

There were many people involved in the Jan. 6 events with different motivations. Of course, over 600 individuals have been arrested for a variety of crimes, such as trespassing, disorderly conduct, etc. Clearly, “thousands of people” did not commit “assault” and probably very few wanted to “overturn” the United States Constitution. Instead of speaking the truth, Milley was spouting left-wing talking points.

Even more troubling than his apology and his congressional testimony was his leadership of the disastrous Afghanistan military withdrawal that produced 13 dead American military service members. In this operation, we left $85 billion in military equipment to the Taliban, the terrorist group now controlling Afghanistan. We also abandoned our air bases, as well as at least 100 Americans and thousands of Afghan allies. The military should have never exited the country before securing the freedom of all Americans.

At the Kabul airport, the Taliban was assisting in security, which resulted in the suicide bombing that killed Americans. Milley and other Biden administration officials had boasted of cooperation with the Taliban and possible future coordination. The Biden administration even praised the Taliban, which adheres to reprehensible religious beliefs, as “business-like and professional.”

Even worse, Taliban “intelligence” may have led to the U.S. drone strike on Aug. 29. Initially, President Joe Biden and his military leaders praised the bombing of a vehicle allegedly loaded with explosive devices. Supposedly, it stopped ISIS-K terrorists on their way to launch another suicide bombing against Americans at the Kabul airport. General Milley was so excited about the attack that he called it “righteous.”

Tragically, the truth was revealed recently by CENTCOM Commander USMC General Kenneth McKenzie. Instead of terrorists, an Afghan aid worker and his seven children were among the ten innocent victims. Instead of bombs, the vehicle was carrying water. Instead of rushing to the airport to bomb Americans, the vehicle was delivering aid to thirsty Afghan citizens. In their haste to do something “strong” after the appalling bombing at the Kabul Airport, Biden and Milley hurriedly authorized a drone strike based on faulty intelligence.

At this point, Congress needs to launch a full-scale investigation into the horrific Afghanistan withdrawal, the Taliban connection to the suicide bombing and the drone strike and Milley’s activities that were outlined in Peril, the new book by authors Bob Woodward and Robert Costa.

The book discloses that Milley placed two phone calls to his Chinese counterpart, General Li Zuocheng, before the 2020 election and after the tumultuous events of January 6. While military officials claim the calls were “not secret” and routine, they were made without the approval or knowledge of President Trump.

Supposedly, Milley contacted the Chinese to reassure them that we were not going to attack their country. Milley also reportedly pledged to warn them in advance of any potential strike.

The book also reveals that Milley held discussions with House Speaker Nancy Pelosi to commiserate about President Trump. In the call, Pelosi labeled Trump “crazy” and Milley responded by saying “I agree with you.” Right after his call to Pelosi, Milley assembled top military officials for a meeting and warned them not to approve any military action without his approval.

Milley was not the president and was not elected by the American people. He had no authorization to conduct secret communications with the foremost enemy of the country. He has been exposed as incompetent, ideological, and disloyal.

At a minimum, Milley should be fired by Biden for his questionable activities. However, Biden will not act for he avowed his “great confidence” in General Milley. Clearly, Biden appreciates his woke attitude and his serious hatred of Trump.

Both fools should resign, but neither of them has the decency to do the right thing. As a result, the entire country may pay a terrible price.

Jeff Crouere is the host of “Ringside Politics,” which airs at 7:30 p.m. Friday and 10 p.m. Sunday on WLAE-TV 32, a PBS station, and 7 a.m. till 11 a.m. weekdays on WGSO 990 AM in New Orleans and the Northshore. He is the political analyst for WGNO-TV ABC 26 and a columnist for selected publications. For more information, visit his web site at RingsidePolitics.com. E-mail him at jeff@ringsidepolitics.com.

Flowers: When America follows its better angels, everyone wins

I recently filled in hosting a local Philadelphia talk show, which gave me the opportunity to interview Lt. Col. Jonathan... read more