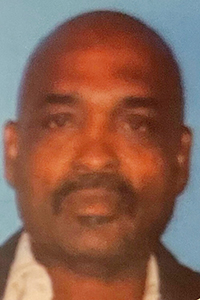 John Arthur Magee was born on March 18, 1953, to the late L.E. and Velma Magee of Bogalusa, where he was a life-long resident.

John attended Bogalusa High School. He graduated in 1971, and after graduation John joined the U.S. Army where he was a military policeman and also a Vietnam veteran.

After his time in the U.S. Army, John held numerous jobs. He was a very hard-working man.

John was united in marriage on April 13, 2014, to LeTricia Alexander.

John accepted Christ and was baptized at Christway Ministries under Pastor Michael O’Ree. John later attended the Tree of Life Baptist Church under the leadership of his brother, Pastor Loranzo Magee Sr.

John was loved by lots of people who will miss him dearly.

John will be forever loved and missed by his wife, LeTricia Magee of Bogalusa; three daughters that loved him dearly, Keavina Nichols of Bogalusa, Tamera Youngblood of Baton Rouge and Brittney Rayford of Miami, Fla.; three stepsons that he reared, Ryan, Brandon and Michael Alexander of Bogalusa; his siblings, DeElla Magee and Margie Johnson of Bogalusa, Pastor Loranzo (Velma) Magee Sr. of Bogalusa and Larnell (Burnetta) Magee of Franklinton; and 18 grandchildren, nieces and nephews and three special friends who loved him dearly and will miss him.

John was preceded in death by his parents, L.E. and Velma Magee; two brothers, Burnell and Louis Magee Sr.; a sister, Linda Magee Levi; a daughter, D’Shondra Bickham; and a grandson, Hayden Nichols-Jones.

Visitation will be held Thursday, Sept. 26, beginning at 9 a.m. and continuing until 5 p.m. at Cook-Richmond Funeral Home chapel in Bogalusa. Interment will be in the Southeast Louisiana Veteran Cemetery.