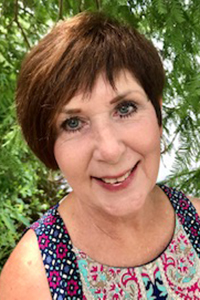 The sun’s rays gently warm my sleepy faced Missy as she snoozes in canine luxury. I am such an animal lover that my dealings with my little dachshund seem almost comical at times. She commands this household with her old lady whims, and I give in to her more times than not. But lately she has started to whine when I don’t give her my undivided attention, and I had to put a stop to that.

Old girl is getting gray on her snoot, and she is slowing down a bit, but you should see how she carries on when I put on my tennis shoes. She dances around the room and tries so hard to say the word walk that I believe someone unschooled in her language could almost make it out.

Many prayers have been lifted for my young sailor grandson, Aidan, to return safely from his first deployment, and God has graciously answered. Aidan has been to Germany, Spain, Greece, and Scotland and tells stories that keep me on the edge of my seat and living those moments through his young eyes. He skims over the long days and nights of hard work at sea on his submarine, but brings the adventures of exploring ports along the way to life.

I’m so proud of my eldest grand, and the way he has made friends with people at almost every port. He looks for the good in people, and is interested in their stories. I believe he is a good representative for America.

“Nana, I met some really cool guys from the British Royal Navy, and one of them gave me a set of wings as a souvenir. We got a chance to hang out and go to a pub or two while I was in Scotland.”

It seems that only yesterday I was writing about watching him play football, or praying for him to make it through boot camp. What a joy it is to see him experiencing so many new things and working hard to achieve his goals. Aidan is becoming a man before my very eyes.

My youngest grandson is celebrating another birthday today. I can hardly believe that he will be a teenager in two short years! Gauge makes me smile with his magic tricks these days. He looks them up on YouTube and practices over and over until he gets them down pat.

When he first shared a trick with me I thought I would have to pretend just a bit that I was amazed and astonished, but I really didn’t have to pretend! That young fellow has really mastered those tricks. Gauge puts his whole heart into whatever he does, and I love this about him.

I know it’s been a little tough for Gauge having to mask up at school and not be able to do all the things he usually does without precautions, but he never complains. He just takes things in stride and keeps doing his best.

Jan Penton Miller can be reached at lilsisjan@yahoo.com.

The Chairman of the Joint Chiefs of Staff, General Mark Milley, is an embarrassment to our country. In 2018, President... read more