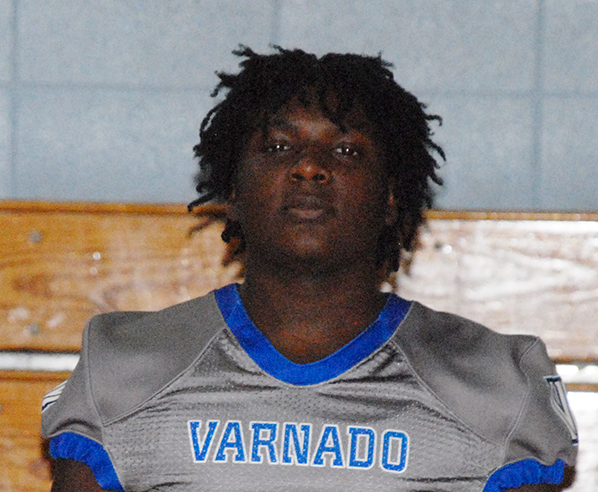 Varnado’s Tyler Whitfield played a major role in the Wildcats’ 26-14 victory over Northlake Christian School on the road Friday.

Whitfield ran for 148 yards and four touchdowns on 21 carries. Defensively, Whitfield made seven tackles with two for loss.

Malik Patterson had 63 yards on the ground.

Kevonte Peters had one catch for 3 yards.

Christian Fox made six tackles with two for loss and he had a sack.

Donte Pernell tallied six stops, one for loss and a sack.

“I’m happy for the kids to get a win,” Varnado coach Adam Brumfield said. “We have had a chance to win and just haven’t finished the previous two games. I think it has a lot to do with our numbers. We have to continue to get in better shape but we fought through the fatigue and were able to come out on top. I thought our defense scheme was good and the kids carried out their assignments for the most part. We have to just keep improving. Our schedule only gets harder as we go.”

The Wildcats are 1-2 this year.

Varnado’s next game will be on Friday against Northeast on the road.

Northeast comes in with a record of 1-1 after a 20-6 win over Broadmoor.

This is the first meeting between the teams since 2012. Northeast won that game, 23-6.