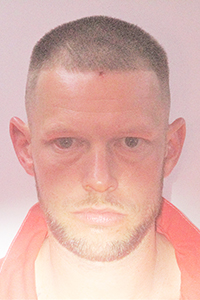 Late Monday evening, a Washington Parish Sheriff’s Office deputy responded to a report of a disturbance in a room at the Sportsman Inn south of Bogalusa, according to WPSO Chief Criminal Deputy Mike Haley. Upon arrival, the officer encountered Kenneth Allen Marciniak, 34, who gave two addresses, one in Kennesaw, Ga., and the other in North Augusta, S.C., Haley said.

“Marciniak obviously did not have good intentions,” Washington Parish Sheriff Randy Seal said. “Whether the illegal drugs were for personal use or for sale to others, the bottom line is they are now out of circulation. I commend our deputy for handling this situation in a professional manner and making the arrest.”