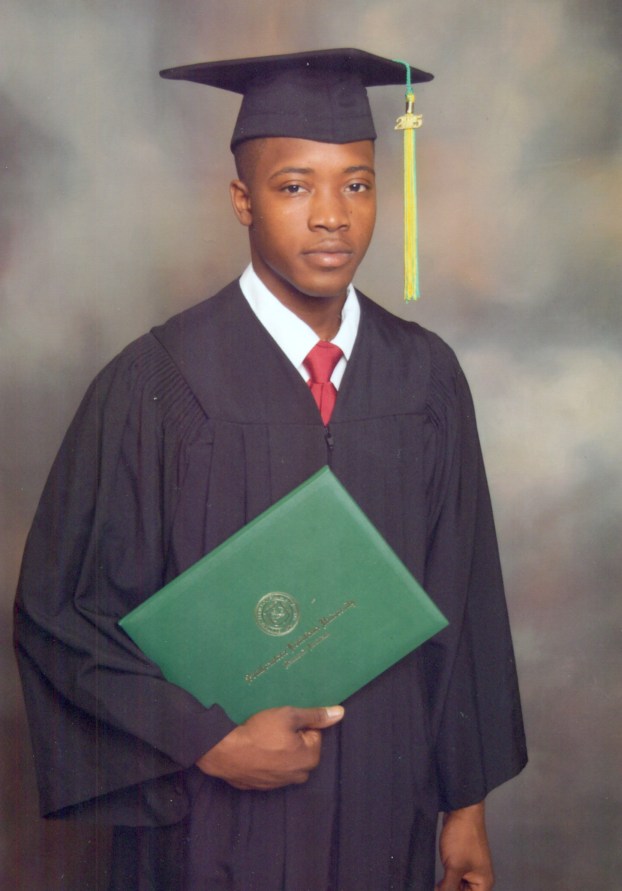 Varnado High School graduate Morgan Clay Foster Jr. is the 23-year-old son of Eursula and Morgan Foster Sr. of Angie. He will graduate with a bachelor’s degree in Business Administration from Southeastern Louisiana University in Hammond during commencement exercises at 10 a.m. on Saturday, Dec. 12 in the University Center.

Morgan started his journey toward his degree in the fall of 2010 at Southeastern. He graduated with honors from VHS in the spring of 2010. He graduated fourth in his class. Foster was awarded TOPS and the LA Gear Up Scholars Award to achieve his goals.

Over the course of this time, Foster became part of the Air Force Reserve. Airman Foster completed Basic Training at San Antonio’s Lackland Air Force Base on Aug. 9, 2013. There he served his country by completing an intensive eight-week program that included training in military discipline and studies, Air Force core values, physical fitness and basic warfare principles and skills.

Foster also earned four credits toward an associate’s degree in Applied Science through the Community College of the Air Force. Foster then returned to Southeastern, where he maintained both work and studies. He made the honors list for four straight semesters and dean’s list two semesters.

Foster has three sisters — Renica, Arian and Ta’Anna. His grandparents are Earline Bolton of Angie and the late Evelyn and Eugene Foster of Angie. He also has two nephews in Kallin and Kyrie, who are all honored to be celebrating his graduation ceremony from Southeastern.