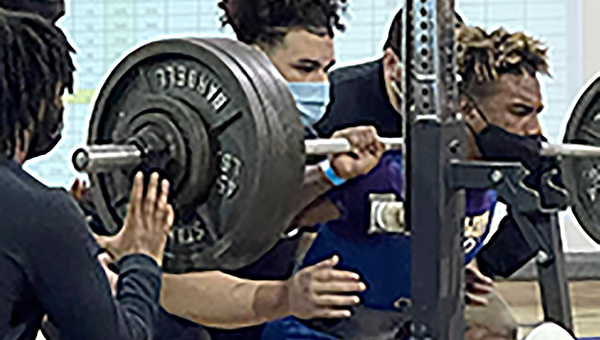 Arceneaux was the only lifter from Pine, as the rest of the lifters from Washington Parish were Franklinton powerlifters.

Jenkins captured the 198s with 1,310 total. Jenkins squatted 500, benched 310 and deadlifted 500. Fontainebleau’s Adam Guttuso was second at 1,235.
James Slade and Adam Galloway were both second.

Andre Callais and Ryan Barber were seventh and 12th respectively for the 165s.

Franklinton will be back in action on Feb. 13 at the Abbeville RAW Invitational Meet. Arceneaux’s next meet will be the regionals on Feb. 26-27 at Pope John Paul II.

Bowling Green School’s Buccaneers were victorious in the District 4-3A Tournament. “It is always a special moment, an honor to... read more