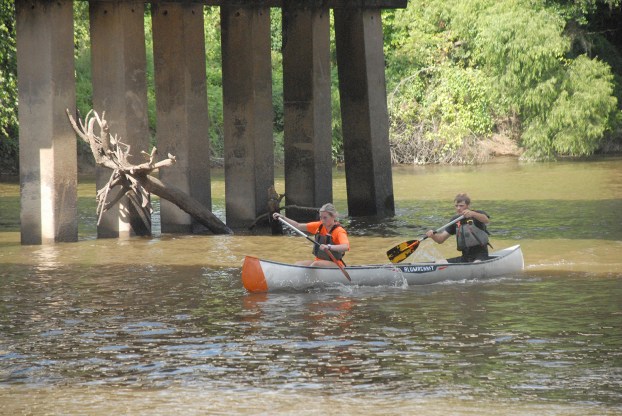 The annual Bogue Chitto Race that was scheduled for tomorrow through Saturday has been canceled because of high water.

“The Bogue Chitto River has had high water all of June and all of July when we would practice all of the legs,” Col. Bobby Miller said. “We have not been able to practice a single leg. With new paddlers, it would be dangerous to put them on the river and have them paddle on their own. Sadly, we’re going to cancel the race for the first time in 60-something years. We appreciate the support everybody has given us to try and have the race this year.”

Each year, the venture crews also compete in the White River Canoe Race in Arkansas. That race was canceled last year and this year because of the pandemic. Next year’s race is set for July 27-30.

Miller said even with the Arkansas race, they go there early so they can familiarize the paddlers with the river and the obstacles and to scope out any changes in the river.

Miller said the Bogue Chitto River is also really muddy, so you can’t see the obstacles below. He said the Bogue Chitto has a lot of logs and stumps they have to watch for and with the river above its banks, it makes it tough to see those. He said they have looked at the river from several bridges that cross the waterway and have noticed large trees that have fallen into the river.

The race was originally scheduled for July 22-24, but was moved back to this week. Miller said it will not be made up because of school starting up soon for some of the paddlers.